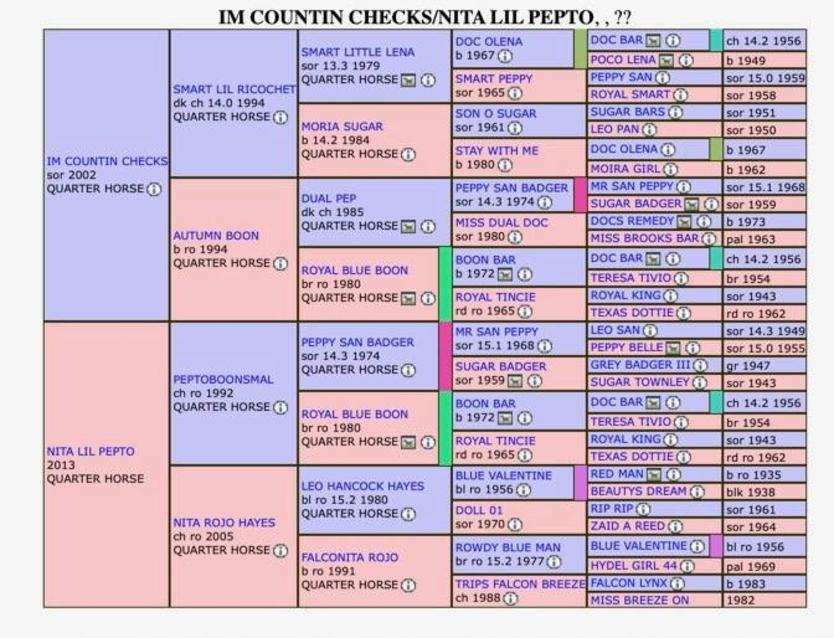 NCHA Hall of Fame sire with LTE of $514,757 and OFFSPRING earnings of $3,845,956 crossed on a Peptoboonsmal daughter who also has Blue Valentine bloodlines on the bottom.

Aura is a wonderfully kind, smart, and athletic bay filly.

Her dam, Miss Frosty Sureshot, is an own daughter of the famous sire, Playgun, who himself was the son of the legendary Freckles Playboy. Playgun was known for his athleticism, intelligence and versatility. His offspring have demonstrated that versatility by earning over $9 Million in cutting, reining, working cowhorse, and ranch versatility competitions. Aura's dam also has Docs Jack Frost on her bottom line. Docs Jack Frost was a world champion cutting horse who also became known as a barrel horse sire.

Her sire, Gooseberry's Dart, has outstanding Blue Valentine bloodlines. Blue Valentine offspring are known for being athletic, attentive, surefooted, and smart. Many have gone on to successful careers in competitive roping and ranch versatility.

Aura has the breeding to go in any direction you want to take her. Her gentleness and kindness combine with her curiosity to bode well for her training